Dominic Reames has been fighting strep

Chloe Birdwell, relative of the Weeks’s, great improvement, in a program in Houston. Keep praying, please!

Who of us doesn’t love that Bible verse where the apostle Paul reduces the message he preached to a single line? “For I decided to know nothing among you except Jesus Christ and him crucified” 1 Corinthians 2.2 ESV. Here the gospel is contained in a short and powerful phrase.

But how many times have you heard a teacher expound upon the statement that follows?

And I was with you in weakness and in fear and much trembling, v. 3.

How many times have you heard a missionary report, “We are insufficient for this task”?

How often has a preacher said, “I have nothing to offer”?

Did a teacher ever admit, “I know nothing”?

When did an elder ever confess, “God is good and wise, not me!”

We like to hear stories of total victory. We clobber the Pentecostals who preach that God removes all problems and blesses his people with health and wealth. They claim Cloud Nine comes down to earth for us to ride through our earthly journey with no bumps or lumps.

Let us confess, however, that we have a touch of this sickness.

We don’t want to hear about the problems of the messenger or the frailties of his work. We want baptisms, baptisms, baptisms! We want to believe that the gospel is growing and progressing unimpeded in the world.

Maybe we feel our own struggles and want to know that somewhere, somehow, grace is flowing to and through souls in a practically miraculous way. No weeping Jeremiah for our day! But isn’t this exactly when and where grace flows?

Paul will not let us off the hook so easily. He was called to suffer (aren’t we all?). The Lord told Ananias,

But the Lord said to him, “Go, because this man is my chosen instrument to carry my name before Gentiles and kings and the people of Israel. For I will show him how much he must suffer for the sake of my name.” Acts 9.15-16 NET.

Paul went to Corinth in weakness and fear and trembling. The great B.W. Johnson commented on this verse that “In this great center of Greek culture, he felt a human timidity at first in presenting the simple gospel in the face of the splendors of the Greek philosophy.”

But was it in fact human philosophy that cowed him? Rather, was it not the “settled policy” to always preaching nothing but Christ and to demonstrate the nothingness of the preacher? (A.C. Thistleton, NIGTC).

Paul did not decide to do things differently in Corinth, after Athens. Instead of accepting the pedestal the Corinthians wanted to put him on – the great cause of division in that congregation and in many congregations today – Paul insisted on doing what he did everywhere: He would be the suffering, trembling messenger of God. Similar to the resurrection body, the messenger of the News sows in weakness that the power of the Lord might become evident, 1 Corinthians 15.43; 2.4. It is the earthen vessel, whose fragility highlights the glorious power of God.

But we have this treasure in jars of clay, to show that the surpassing power belongs to God and not to us.

Even though the gospel fell flat, mostly, in Athens, Paul refused to consider doing something differently in Corinth. If he exalted himself, if he tried to spar as an equal with the philosophers, if he tried to tweak the gospel to make it more acceptable as the True Philosophy of Christ, he would have created another gospel and sapped the message of its divine power.

Verse 3 must follow verse 2 or there is no message of Christ and him crucified. Paul’s weakness and fear and trembling are the plan of God, the necessity of the teacher, the genius of the gospel.

Paul is saying here, I am nothing, Christ is everything. Because only in this way could faith focus on God, “so that your faith might not rest in the wisdom of men but in the power of God” 1 Corinthians 2.5.

The truth of our weakness must be lived and proclaimed today. It will give us comfort, relief, joy, and hope. 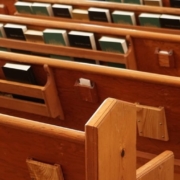 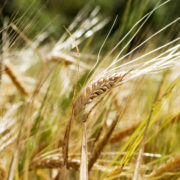 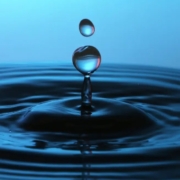 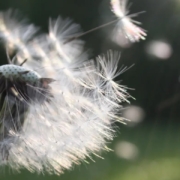