Bobbie Taylor, has gall bladder problems. Surgery to be scheduled.

Paul Tyler has a bad sort Parkinson’s. Please pray for him, his family and friends.

Leslie Girvin, had a fall and sprained both wrists, 6-8 weeks recovery.

“The race is not to the swift, nor the battle to the strong, nor bread to the wise, nor riches to men of understanding, nor favor to men of skill; but time and chance happen to them all” (Ecclesiastes 9:11 NKJV).

Fatalism is an attractive doctrine to many. That is the idea that our destiny is predetermined and that whatever it may be is unalterable. We cannot change it, therefore the best course in life is simply to accept “whatever will be” and be content. Note that this is not the same as predestination in that the latter doctrine, at least as proposed by some who claim to be Christian, presupposes God as the one who so purposes. Fatalism is often accepted by agnostics and atheists as by various religions.

The appeal of fatalism is that it relieves humans of responsibility. Nothing one does can change his fated destiny, therefore what he or she does will not ultimately matter. Live in whatever manner pleases you and accept the outcome as inevitable.

Solomon does not teach or endorse fatalism in the passage cited at the beginning of this article, no matter how much it may seem at first reading that he does. If anything, he proposes the very opposite. Common sense would argue that the fastest person will always win the race and the strongest will win a fight. But if that were the case there would be little need to actually stage the contests. Figure it out “on paper” (by relative past performances and statistics) and award the winner whatever prize is due. The results are certain.

Except that they are not. Two of the racehorses widely believed to be the greatest ever (Man of War and Secretariat) each lost one race to competitors that were clearly inferior. Yes, the fastest horse should win, but unfavorable conditions, the developments of the race, and sometimes simply having a bad day, can all affect the outcome.

Solomon calls those circumstances “time and chance,” and affirms that they happen to everyone. Life does not always occur according to a script or a set of rules. There are accidents, coincidences, and unforeseen occurrences which alter outcomes.

Recognizing those uncertainties can be uncomfortable. If such things can change my life, both for the better and for the worse, how can I overcome them or avoid them? How can I live so that “all things work together for good” (Romans 8:28)?

James exhorts us to live by prayer and trust in God’s providence. “Instead, you ought to say, ‘If the Lord wills, we shall live and do this or that” (James 4:15). We cannot prevent time nor chance, but God can. It is he who is for us, therefore we fear no one who may seem to be against us (Romans 8:31). Human strength cannot guarantee victory: God’s power can and does. 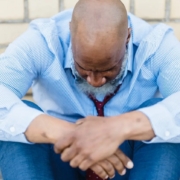 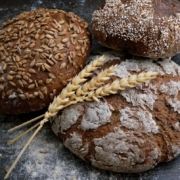