Sandy Pryor is in Hospice Care at Cheyenne Medical Lodge in Mesquite.

Jessie Phillips, friend of the Weeks’, heart attack, one stint

As the world watches the carnage and devastation which has enveloped much of Ukraine, this heartfelt prayer of Jesus is especially relevant. He was approaching Jerusalem, probably cresting the Mount of Olives, and as the city appeared before him, he broke into tears, uttering the words cited above.

First there was his love for the city. This was the home of the Temple of God, built by Solomon based on plans revealed to his father David. It was the place which God had chosen in which his people could draw near to his presence and worship (Deuteronomy 12:5-7). Righteous kings had ruled from the city, prophets had proclaimed God’s messages to the people there, and many other wonderful events were associated with Israel’s historic capital.

That love, however, was complicated by his foreknowledge of the disaster which would soon come upon Jerusalem (Matthew 23:37-24:28). In about 40 years from Jesus’ triumphant entry (Matthew 21:1-10) the Roman army would invade Judea, besiege and destroy Jerusalem, and destroy the Temple. After that invasion the Temple would never again stand on its site. Jesus knew that the Jews would rebel against Rome with disastrous results. That foreknowledge undoubtedly contributed to his sorrowful tears.

A third motive for Jesus’ grief was probably the fact that this destruction was avoidable. It did not have to happen. He lamented that the city’s inhabitants did not know “the things that make for peace.”

So often we humans experience suffering when it could have been avoided. “If” is one of the saddest words in the English language, especially when it is part of a phrase like, “If only I had …”

Jerusalem was the home of God; His word had been spoken there over more than 1000 years. God’s own Son was entering the city where he would teach for a week, after which he would be betrayed and executed. There was abundant opportunity for the Jewish people to have learned the things which would have given them peace. But they refused that knowledge, thereby sealing their destiny.

What are the things that make for peace? When Moses addressed the people of Israel before they crossed the Jordan to receive the land God was giving them, he commanded them:

If the people would simply honor God, love him, and obey his commands, God promised that they would inherit the land and “live long in it” (Deuteronomy 11:8-9). Failure to do all of those things would result in disaster (Deuteronomy 11:17).

This discussion of Jerusalem’s fate is obviously an Old Testament subject (Jesus lived under the Law of Moses), but it has relevance to our world today. God is still God — the creator and sustainer of the universe (Acts 17:24-28).

He has shown his love for humanity by sending his Son to provide salvation from sin (John 3:16; Romans 5:8). He continues to call believers to become his people and promises to be their God (1 Peter 2:9). And he continues to require of us that we love him, honor him, and obey his commandments. 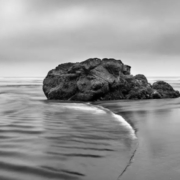 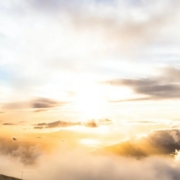 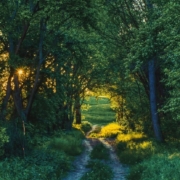